Tiling Projects ranging from the Tiling of:

The supply and fixing of Large and Small Format Tiles

We provide a high spec, professional Wall and Floor Tiling service. From start to finish, we are committed to providing 100% customer satisfaction, a large proportion of Pro-Tiling Projects work is generated through recommendation.

PRO-TILING Projects Tilers are all Health and Safety Tested and CSCS Registered Wall and Floor Tilers (Construction skills certificate scheme) valid cards will be presented before commencement of any tiling works and the authenticity of cards can be checked by contacting the Construction Skills Certificate Scheme. Registration ensures our projects are undertaken, using competent, trained and experienced Tilers 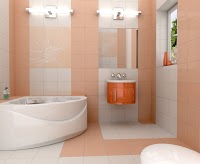 Other Tiler Companies In The BR5 Area